So this happened last week –  some super awesome kids donned superhero costumes to rally for student/youth rates for MBTA (Boston’s public transportation system) passes, so that they can afford to get to and from school/work/extracurriculars. The injustice here is that most of the students who are taking the public trains or busses are from lower income neighborhoods, and they are literally paying to go to school.

These kids’ costumes were pretty darn creative, with names like Affordabili-T (the MBTA is affectionately called “the T” here in Boston).  Seeing these kids don capes to protest injustice got me thinking…

As much as superheroes must enjoy punching things in the name of Justice, I bet they have no small amount of envy and awe for the activists who punch the clock, fighting against injustices that have a more ethereal power. So, here are a few superheroes and the real life activists they so wish they were. 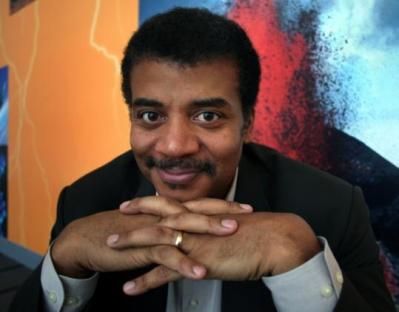 They may call him Mr. Fantastic (actually, hardly anyone calls him that anymore), but he’s no match for the fanaticism that Neil Degrasse Tyson wins from his nerdy nerdy fanbase. They are both super-super-super geniuses, but Degrasse Tyson’s got that cool factor that nobody can best, and he pulls it off while wearing this. Meanwhile, no matter what badassery Reed Richards pulls off when he goes all stretchy, he always looks pretty ridiculous. What they both share is a love for space and scientific curiosity, but while Richards is engrossed in his work and exploration, Degrasse Tyson takes his knowledge to the people as a public educator. True true Richards did start a school for alien/mutant/powered youngsters, but he kinda left that in the hands of a reluctant friend to take off on a (fine fine emergency) space trip. Fine, so they’re both awesome, but seriously, who wouldn’t want to be Neil Degrasse Tyson? Just look at how cool this man is!

She Hulk marches up the steps of the capitol 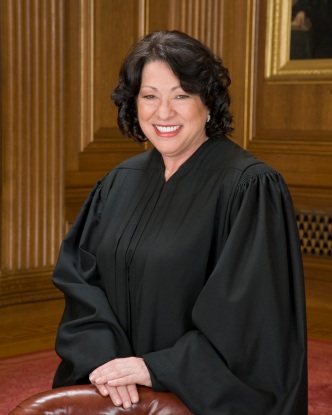 She-Hulk has always been an activist lawyer. As a criminal defense attorney, she’s taken on tough cases involving her superhero brethren as well as civil liberties cases and cases against corrupt corporations, she’s even argued before the Supreme Court.  She’s a tough lawyer too, and rarely seems to lose anything other than her temper, which is something she’ll have to work on if she ever wants to be anything like her own heroine Justice Sonia Sotomayor. Sotomayor has been serving on the Supreme Court of the United States since 2009, and is the first Latina and third woman ever to serve. The two women began their careers around the same time with She Hulk (aka Jennifer Walters) first appearing on the scene in 1980, while Sotomayor first entered private practice in 1984.

A lot of people made the Daredevil joke when it first came out that Chen Guangcheng, who is blind, managed to scale a wall and escape from the house where he was imprisoned.  But the truth is, these two have more in common than being blind acrobats. Both are lawyers, Guangcheng is self-taught, and both conduct their fights for justice both in the courtroom and on the streets. Chen Guancheng has long been an activist in China, fighting for civil rights for women and the poor and against unjust family-planning practices.  Though he was persecuted by the government for his activism, jailed for years, and put under house arrest along with his family, he chose to stay in China rather than seek refuge abroad, until his life and his family was threatened. He now resides in Matt Murdock’s own New York, but his fight is still in China. Similarly Matt Murdock, rich as he is, chooses to keep his fight in Hell’s Kitchen where he lawyers (often pro-bono cases) by day, and not unlike Guancheng’s heroics, battles villains with his stunning acrobatics by night.

Black Panther on his throne

Black Panther (T’Challa) may be king and sworn protector of Wakanda, and with his supergenius and his cat-like moves, he’s kept the already flourishing Wakanda safe and thriving by forging international friendships, employing his genius innovations, and safe-guarding  the vibranium that nourishes Wakanda’s wealth and security. Nary an ounce of magical substance in sight, the late Wangari Maathai worked miracles for her native Kenya, using the resources at hand, and she did it against all odds. She became the first African woman to win the Nobel Peace Prize for her environmental and political activism, founded The Green Belt Movement that created  jobs for thousands of Kenyan women and enriched Kenya’s resources simultaneously, demanded democracy and investment from her government, and she was eventually elected to Parliament. Okay so this one is a little unfair. It’s sort of impossible to be more amazing than Wangari Maathai, which is probably why the chronic overachiever T’Challa  clearly holds her as a model.

He might be an Atlantean king, but Aquaman probably owes a nod of respect to activist Ric O’Barry, who has made it his life’s work to save dolphins from captivity and from hunters. He founded The Dolphin Project* back in 1970 to educate the public about the plights dolphins face, and he was featured in the award-winning movie The Cove,  where he exposed the hunting of dolphins off the coast of Japan.  Aquaman is a bit busy ruling his underwater kingdom and fighting pirates and superbadguys, but he clearly took a tip from O’Barry when, back in the 80’s with the launch of the New Earth series, his origin story was rewritten to include his being raised by dolphins, rather than his original backstory of a love affair between an Atlantean woman and a lighthouse keeper. 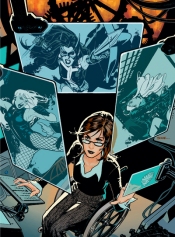 members of Anonymous in their iconic Guy Fawkes masks

Barbara Gordon started her superhero career as Batgirl back in the 60’s, but an on-the-job encounter in the 1989 with the Joker left her paralyzed from the waist down. Rather than turn in her cape, she put herself behind a computer and becomes Oracle, putting her considerable hacker skills to work in support of superheroes fighting injustice. She even leads of team of femme fighters who often act as her field agents. While she might have started her hacker activism before the hacktivist group Anonymous, which wasn’t founded until 2003, this ragtag group took it to a whole new level. They operate with total anonymity on a global scale, taking on corporations and social causes in innovative ways all over the world through the work of thousands of internet freedom fighters. Actually, ten bucks Barbara Gordon has donned a Guy Fawkes mask every so often…

*The link for The Dolphin Project has been updated to the correct website.