In many aspects of geek culture, including comics, sci-fi, and video games, there’s plenty to say about the lack of or poor representation of outsiders – ethnic, religious, gender, sexual…  Change is needed and that’s why conferences and conventions like Different Games , GaymerX, Latino Comics Expo, and East Coast Black Age of Comics exist,  why documentaries like My Other Me and Afro-Punk  put the spotlight on the fringes , and why sites like  Black Girl Nerds and The Mary Sue write about these issues- to call attention to the issues and provide spaces where outsiders can find shared experience, discuss the issues, or just geek out without harassment or funny looks.

Lacking and mis-representation in much of geek culture is a big problem, especially in the major mainstream publishers and studios,  and outsider communities aren’t just shaking their fingers when the big guys mess up and waiting around for them to get a clue. Individuals and groups of like-minded geeks are creating their own representation… through Kickstarter projects, self-publishing, webcomics… Some are even creating whole new universes, universes that are more colorful, more inclusive, (and often mo’ betta if you ask me), and, frankly, different.

The problem. They don’t always get the kind of publicity that would help them attract audiences that would seriously appreciate. So here’s our attempt to contribute to the cause. Check-out these incredible projects that you’re totally gonna love:

The stories are as unique as the heroes who populate them:

“Metahumans” like Tokyo Rose (created by Daniel Jai Lee and Dafu Yu), who served in WWII using her ability to shapeshift into one desires most to see, in this case the “Asian Dream Girl” fantasy, in order to acquire intelligence from the Nazis.

Whole groups of “mutants” like The Hibakusha or Atomic Progeny (created by Parry Shen), whose parents or grandparents wree affected by the atomic bombs dropped at Hiroshima and Nagasaki, and who now exhibit superhuman abilities.

And there are villains too… Shattered explores the darker side of the Secret Identities universe. 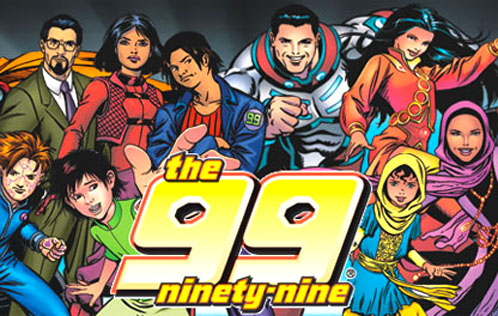 Seeing a lack of heroes and often criminalization of characters of Middle Eastern and Islamic heritage in comics, Dr. Naif Al-Mutawa created The 99, a legion of 99 superheroes who acquired superhuman abilities born of their own natural talents by finding magical gems that were scattered across the globe after tragedy hit ancient Baghdad. But I won’t spoil the whole origin story, because you can read it for free here!

The 99 is one of the most diverse and most global teams in comics with heroes from Sudan, India, the U.S., the U.A.E., Switzerland and many many more, each with their own rich personal stories and unique powers.  The team has appeared in crossover stories with the Justice League of America, was made into an animated series, and a documentary called Wham! Bam! Islam! tells the story of Dr. Al-Mutawa’s inspiration for the series and the troubles in getting these heroes to American audiences.

Edited by Damian Duffy and John Jennings, Black Comix collects the art of over 50 Black comics artists creating independent comics featuring Black heroes and culture. The anthology covers the vast array of comics genres showing off the talents of Black creators in the field. The anthology came out in 2010 and features some seriously stunning art, some of which is from independent comics these creatures have put out in the world others are artwork you’ll want to beg the artists to turn into full-fledged stories. 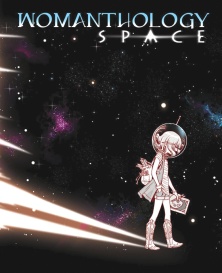 Starting as a Kickstarter project, Womanthology has been an on-going massive and impressive effort to bring female artists and comics creators from all levels and genres of the field to create several books, including a hardcover anthology Womanthology: Heroic, a sketchbook, and an on-going monthly anthology of short graphic stories. The latest Womanthology project is Womanthology: Space, out this June in hardcover.

That fans are rallying around projects like these is not only a hopeful sign, but also a sign of the absolute need and demand for stories that tell the lived and imaginable experiences of the incredibly diverse geek community.  A glance at any one of the projects listed here  are evidence enough that such stories will only enrich the mediums in which they’re told.

I know there are many many more great projects out there, so please share your favorites in the comments! Let us know about ’em! And keep an eye on Geek Outsider, ’cause we loooove to talk about these great new finds!