So, I finished playing DontNod Entertainment‘s new video game Remember Me a month ago, and I freaking loved it. The game play was rich, the story was fascinating, the motifs were flipping genius — from the special combat powers called “Sensens” to (everyone’s favorite I’m sure) the memory remixing.  The only real frustration I had (aside from a particular villain whose super-annoying battle taunts were riffs off of  Little Red Riding Hood…) was that I couldn’t interact with more of the incredible world they’d created.

I was so taken with the game that the backgrounds on my phone and home and office computers are rotating screen shots of the main character Nilin being a total bad ass.  And this is the dead giveaway… As great as all these elements of the game are, I eventually had to admit to myself that a large part of my over-sized love for the game is about the mixed-race, hardcore, stereotype-busting woman lead Nilin.

But this isn’t a review of Remember Me. This is one of those ashamed head shakes you get from your best friend as you do something irrecoverably embarrassing and stupid. This is an exasperated sigh at the game developers at PAX East who after I asked them questions would respond to the white dude friend I brought along for the geek out. This is throwing shade at the studios who refuse to publish games like Remember Me because “games with female leads don’t sell”… And this is the eye-roll I should’ve given the doofus-face at GameStop who couldn’t believe a human with boobs was buying a video game…

When I walked into my local GameStop to pick up Remember Me on release day, I was, as usual, gaped at like some kind of rare exotic anomalous bird or a polar bear in the Serengeti. At the counter, the checkout guy side-eyes me as he rings me up and eventually initiates a conversation that went like this:

Side-Eye Guy:  “This is for you?”
Anomalous Brown Woman Gamer: “Uh…yea…”

*At this point I’m aware that I should roll my eyes and leave, but what can I say, sometimes I adore a chance to get foolish*

ABWG: Ugh, what? I’ve heard good things about it.
Side-Eye Guy: [looks doubtfully down at the game and hands it over like it’s soggy bread] What’s it like?

I describe what I know about the game, and linger over details about the memory rewind feature and how it seems like it might be  kinda reminiscent of Braid.

Side-Eye Guy: But I mean like a real shooter, like… You should be playing Call of Duty or…
ABWG: Ooor?

Side-Eye Guy: [flipping a Call of Duty game over in his hands] This is the real stuff. You should play this.
ABWG: I’ve played Mass Effect, Tomb Raider, Bioshock, Borderlands, Fallout. I play EVE Online and I’m gonna but the hell out of The Last of Us when it’s out–

Side-Eye Guy: Pssh! Nah nah. Mass Effect is lame. [taps Call of Duty again and nods]
ABWG: Call of Duty all you play? Maybe you’re the one who needs to branch out.

Luckily the conversation was interrupted by a friend of his who ended up leaving at the same time as I did and walked with me to the train. This conversation had it’s own problems, including a goodbye that involved him trying to get my number as he says how cool I am because I’m “like, a guy’s girl you know?” But let’s not get into that one.

Instead, back to the point here. Yes, I was attracted to this game by the female lead. Even more so by the brownness of said female lead. And so? What about it?

I also bought it because it sounded interesting as all get out and the art from the previews looked dope. The brown lady on the cover just made me that much more excited about it. It’s rare, outside of an RPG with custom characters, to get to run around and punch things in a video game world as a hero who looks like me.  Even rarer to see the interracial couple that created her…

That said, in the past I’ve definitely refrained from opening my wallet just because a game/movie/book is making an effort towards diversity or race & gender awareness. I’ll happily clap from the side-lines or given a nod of appreciation to these ventures, but I don’t feel obliged to see/play/read something that doesn’t appeal to me, just because it’s not as exasperatingly white (or painfully stereotyped) as the rest of popular entertainment.

Remember Me completely won me over with its fun and strategic combat and the whole crazy interesting world DontNod created, as well as with it’s dynamic and mixed-heritage heroine. It was amazing to play a character that wasn’t the standard big boxy white guy. It was almost like nourishment, like eating a steak after a month of nothing but rice. I couldn’t help but wonder if white male gamers felt the same excitement to play characters that looks different than the typical big boxy white guy. So I asked my big boxy white guy friend, who basically watched me play the whole game (since I basically took over his PlayStation 3 for a week to do so).

His answer? Well… he rarely plays games where he doesn’t get to customize his character. In his own words:

“I played Final Fantasy XIII. You play a thin blonde white woman… And, well, it’s not weird if that’s what you’re asking. It’s no different from reading a story with a female protagonist. If there had been a love interest, maybe it would’ve been more jarring. But the story was about the end of the world. The sex of the character doesn’t come into the play of the story. It’s cool to have a woman that’s bad ass with a big ass sword, but ya, I mean… I guess it didn’t really make a difference. I was just kinda like [shrug] ya, okay, that works.”

About Remember Me in particularly, he said, “I mean, ya it was different, but mostly cause you were so excited at first. The game itself didn’t really draw attention to her race…”

It’s true, as Evan Narcisse writes over at Kotaku, Nilin‘s race didn’t really matter in the world of the game itself. In no way was her mixed race relevant to the game. And my own enthusiasm for Nilin as a mixed female hero doesn’t stem from some kind of special  brown woman empathy or self-identification with her. Players empathize with Nilin because we can broadly relate to her hardships, and brown gamers with lady parts are no exception. It’s true that I was excited to see a brown woman on the cover of the game before playing it, but Nilin wouldn’t have made it to the honorable place of my cell phone background if the game had totally sucked or she’d been a lame character. I definitely love that she looked like me in a culture where heroes generally don’t, but did I have a more immersive experience because she looked like me? Nope.

In fact, now that I’ve moved on to playing The Last of Us, I’ve found much more to empathize with in Joel, the big boxy bearded white hero of this super-creepy post-apocalyptic world, whose story is simply more humanly relatable, despite the zombies… Seriously that game is so immersive, I’ve had to take breathers to spare myself the emotional trauma.

This is what bothers me about the representation argument for diversity in video games. The argument comes from both sides.  On the gamer side the argument often invokes the question “where are the games for us? With heroes who look like me? Women/Minorities are gamers too!”  And the developers retort: “But most gamers are white dudes, and we gotta sell games”.

The argument not only assumes that a gamer needs the hero to look like him/her, but also underestimates the imaginations of gamers immensely.  Like with most fiction, gaming is about immersion. Gamers let go of reality in order to put themselves in the shoes of a Roman general or a futuristic space ronin. What makes developers think that gamers don’t have the imagination to immerse themselves in a world where the hero is a mixed race woman or say a queer Vietnamese man? And representation for non-white gamers simply because we exist is hardly the best argument either… because, what if we didn’t? What if the majority of gamers were/are white males?  Would that mean that the lack of of non-white and female characters would be okay?

Frankly, the argument I’d make for more diversity in games is that the parade of boxy, gruffy white dudes is just boring… Hell, it only worked for movies so long before they started putting John Wayne in brownface to play Gengis Khan. Eventually they even starting making progress away from depicting minorities as offensive stereotypes, hurrah!

As Remember Me proves, games with POC characters don’t have to be embroiled in racial commentary in order to “justify” the POC hero (though this can and has been a great addition to several games). But just as the diversity of races and classes in a Dungeons and Dragons game or a sci-fi movies with alien races or tribes makes those worlds richer and way cool, something a little different could really make for a game that stands out from the rest of the rugged-white-guy-shoots-baddies games. I mean, what better way to set your game apart then by having the “guy” on the cover not look like ever other hero on the cover of every other game on the shelf? 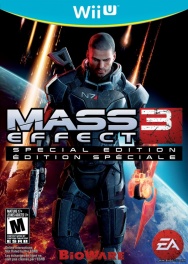 And since having a female or POC lead of a game doesn’t seem to doom a game to low sales and ridicule (e.g. Tomb Raider, Remember Me, Mirror’s Edge, The Walking Dead, Guacamelee!), nor drive away the white dude regulars, it sure couldn’t hurt to catch the attention of the brown/female/queer/”anomolous” gamers out there, the way Remember Me caught mine. 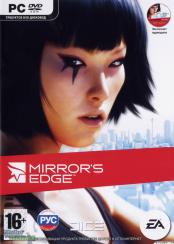 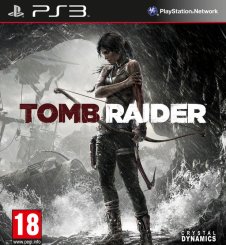 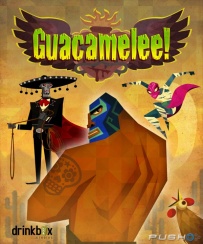 Not to mention, a greater diversity of game heroes and heroines would make it significantly less “remarkable” that I walk into a game store in all my female browness and dare to buy a game with a brown woman on the cover. And imagine what it would do for sales to not alienate (or exoticize) whole demographics of consumers…

2 thoughts on “On Saving the World While Brown & Womany: A Gamers Perspective”