As you know, we’ve kind of got a thing for New Paradigm Studios here at GeekOutsider. Their Watson & Holmes series is stayin’ on point and we’ve been looking forward to their latest The Rockthrower for some months now. And New Paradigm’s Karl Bollers just launched a Kickstarter to finish up the The Rockthrower and put it in stores in a pretty, shiny, graphic novel format.

The Rockthrower by Karl Bollers, Dave Ross, and Gene DeCicco crashes two worlds apart right into each other when washed up baseball scout David Willis spots a beacon of hope for his career, in the most unlikely place — footage of an encounter between Palestinians and Israeli soldiers.  One of the young Palestinians has got an arm on him that Willis has never seen the likes of, so he boards a plane and goes knocking on doors to find the kid. 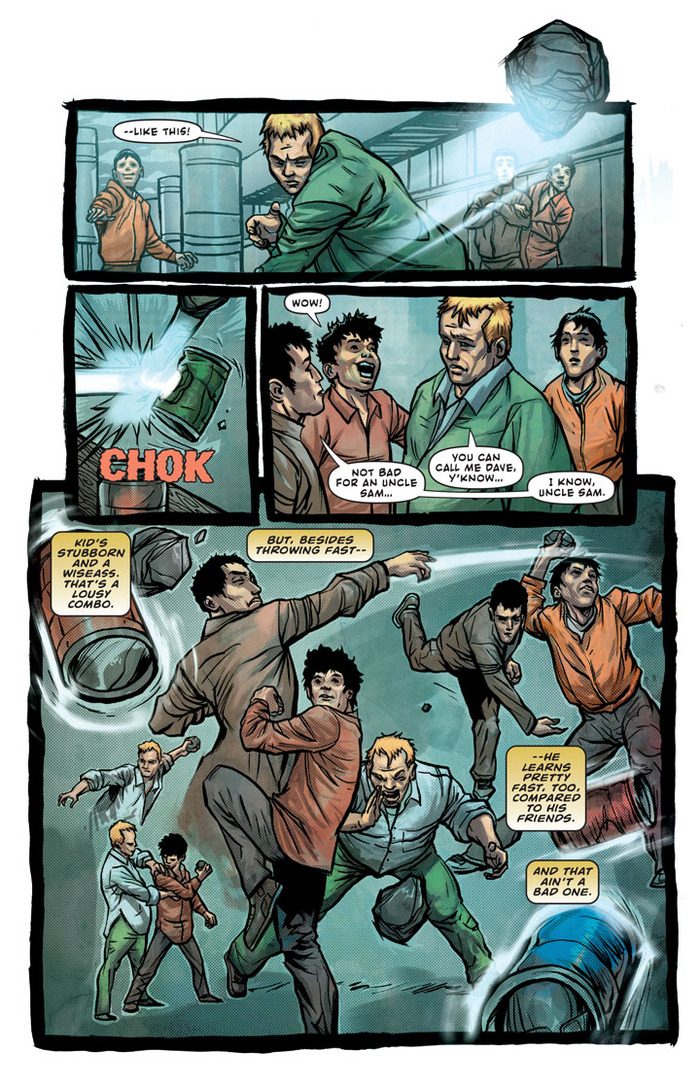 Of course, things don’t go exactly as planned, but it seems eventually our “rockthrower” finds his way to the Major Leagues where Middle East meets West, and who knows what’s in store. But because it’s New Paradigm, we can trust it’ll be good!

So spare some of that pocket change and support the project over at Kickstarter!