Khalil Gibran was a Lebanese poet most famous for the classic The Prophet, an incredible poem originally published in English in 1923. Born in Lebanon on January 6th, 1883, he immigrated to the United States but remained an advocate for peace and independence in the Middle East throughout his life. The Prophet is the third best-selling poem of all-time, according to The New Yorker, and understandably so! The man unleashes some serious wisdom in those stanzas! So happy birthday to a phenomenal poet, admirable advocate, and one seriously dapper dude (just look at him!) 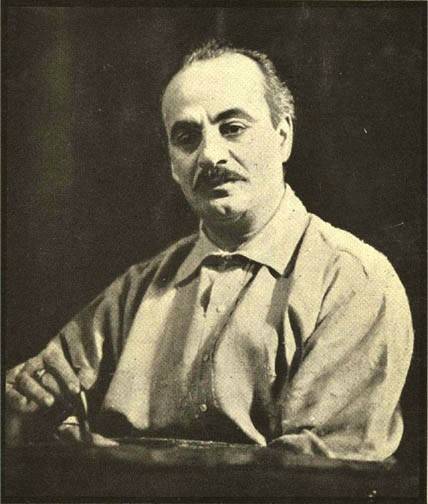 “And what is it but fragments of your own
self you would discard that you may become
free?
If it is an unjust law you would abolish,
that law is written with your own hand
upon your own forehead.
You cannot erase it by burning your law
books nor by washing the foreheads of your
judges, though you pour the sea upon them.
And if it is a despot you would dethrone,
see first that his throne erected within you is
destroyed.
For how can a tyrant rule the free and
the proud, but for tyranny in their own
freedom and a shame in their own pride?”
—Khalil Gibran, The Prophet, 1923